The WRFL Umpires wear the uniform of the Australian Rules Football umpires.

Uniforms can be ordered via the below link:

Field and Boundary umpires require a shirt, shorts and socks.

Off-field apparel (jackets and polo shirts) is also available, however is not compulsory.

First year Academy Umpires receive their on-field uniform at no cost, all other umpires will have the cost deducted from their umpire payments

The whistle blast of an Australia Rules Football umpire is distinctive and has a particular sound. It is very different to the sound of a rugby, soccer or other whistle. As a result, it's important you always have the correct whistle. The Acme Thunderer (available where you purchase your uniform or alternatively at sports shops such as Rebel Sport) is the official whistle used in all Australian football matches and it is the only one that has the distinctive sound that we all associate with footy.

First year umpires are provided a whistle as part of their start up package, however for a career in umpiring it's recommended you have a spare whistle (and carry it tucked in your shorts while umpiring) just in case your primary whistle fails.

An umpire wears a wristband for two reasons: one, to wipe sweat off the brow; two, to distinguish the raised arm of the umpire to the timekeepers (so that the timekeeper can see it is an umpire and not a player raising their arm). Wristbands can be white or green to match your shirt, and can be purchased at sport stores such as Rebel Sport.

At a minimum you only need one wristband; however, most people wear two.

Umpiring football involves lots of running, so making sure you have good footwear is important. The average field umpire can clock up 10 to 15km per senior match and boundary umpires up to 20km. It's important that you purchase good quality footwear and look after it. Importantly though, make sure your chosen footwear is predominantly white and avoid fluoro or dark colours.

Asics, Brooks, Mizuno, Nike and Adidas are among the most common runners worn by umpires.

All umpires are expected to have a pair of white (or predominantly white) football boots. Boots should be worn when wearing runners is not feasible given the conditions. In effect, if you are likely to slip while changing directions running quite quickly, then you should be wearing boots.

Boots do not necessarily need to be designed for AFL - they can be soccer boots, so long as they are predominantly white, comfortable and have decent stocks. "Blade" shaped stocks under the ball of the foot such as those on Blades or Asics boots can often help with changes of direction and may be more suitable to umpiring. Whatever your choice, ensure they are comfortable as your primary focus as an umpire is on running and changing direction, not kicking the ball.

An umpire is expected to be professional and well presented at all times. This includes both arriving and departing at the ground, as well as out on the field.

Uniforms, including boots and runners, are expected to be cleaned (and clothes ironed) for each match. Umpires are expected to be well presented when arriving and leaving match venues, preferably wearing slacks and black shoes with a WRFL Umpires polo shirt.

The costs of uniform items and off-field apparel are listed below. For those who wish to umpire senior football we recommend purchasing a polo shirt to wear with black slacks and shoes, as this is a professional and "standard" way for umpires to dress when arriving at and departing from games.

The cost of uniforms will be deducted from your monthly umpire payments.

As an umpire, you'll need some other equipment and clothes with you on match day. You'll find out about this in due course but as a general rule you might consider (all optional):

Just like players, the WRFL requires all umpires to remove piercings and jewellery prior to taking to the field. It's not enough to tape them up. We expect the players to do it, so we need to lead by example and do it too.

If you wish to wear compression garments ("skins") under your uniform while you umpire you may do so provided that they are:

Skins are not part of an umpire's uniform and while players often wear them, as an umpire we ask that you please tuck them away under your shorts/sleeves. Appearing in a consistent uniform is a very important characteristic of umpiring as it enhances your professionalism.

You'll notice that while plenty of AFL players wear visible compression garments, AFL umpires do not!

Football is a winter sport and football grounds are often muddy. As your mother will tell you: mud and light coloured clothes do not mix!

Uniforms which are discoloured or dirty need to be replaced as they do not uphold the professional appearance of the umpire, so it's in your interest to look after them to the best of your ability.

The best way to keep your uniform looking brand new is to take care of it. After a match, take it off and rinse the mud off straight away. Put it into the washing machine as soon as you get home and put it through a thorough cycle. Make sure you include some vigorous detergent stain remover (such as Napisan) if you have it but make sure you don't mix your uniform and the colours or you might find yourself running around in pink instead!

Submenu for Become an Umpire 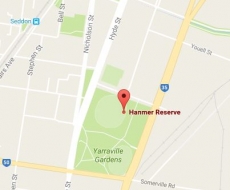 Getting in touch with the WRFL umpires (and even becoming an umpire) is as simple as a phone call, an email, or the click of a button! Read More